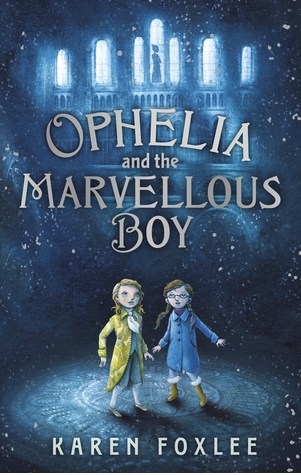 Ophelia and the Marvellous Boy by Karen Foxlee is a magical, gripping story set in a vast, echoing museum. In the unlikely event that description doesn’t grab you, check out these snippets from blurbs and reviews:

If that’s not enough, how about:

With reviews in the New York Times and the Wall Street Journal, Ophelia and the Marvelous Boy has seen international success. Amazon and the School Library Journal named it Best Book of the Year, and Publishers’ Weekly selected it as a Top Ten Book.

From the first heart-palpitating moment I heard about Ophelia, I knew I had to read it. And when I found out the author, Karen Foxlee, is not only an Australian, but a fellow Queenslander, I nearly had a coronary incident. Born in Mt Isa, Karen works as a writer and nurse in regional Gympie, a few hours north of Brisbane.

Well, imagine how my pulse accelerated when I found out that Karen was visiting WriteLinks, my writing group, to share highlights and insights from her writing journey so far.

You’ll be relieved to know my heart behaved itself, and so did I. No fan-girl squeals, no stalkerish behaviour, no dramatic swoons at her feet. I did, however, relax my strict No Selfie Policy for a photo (above). Sadly, my dog-eared copy of Ophelia remains unsigned. In my excitement, I left it at home. *Still kicking myself…*

Karen shared her whole journey, which began as a child writing stories on butcher’s paper on the laundry room floor. In her twenties and still writing, the loss of her dad made her question the meaning of life. In the aftermath of that loss, she went back to uni and completed a degree in creative writing at the University of the Sunshine Coast.

She entered The Anatomy of Wings in the 2006 Queensland Premier’s Literary Award. “I’d expected them to say, ‘This is pretty good. Try this and this, and see how you go’.” Instead, she won the award and landed a book contract with University of Queensland Press.

Wings went on to win the 2008 Dobbie Literary Award and the 2008 Commonwealth Prize. It was short-listed for the ASA’s Barbara Jefferis Award. Not bad for a debut novel!

She signed her second contract while nursing a five-day-old baby. Consequently, The Midnight Dress took about three years to complete. She described a challenging writing experience, snatching moments to write while the baby napped and jotting down the story phrase by phrase. “Alice was a baby who only slept for 45 minutes at a time.”

Her publisher’s initial reaction to The Midnight Dress was devastating. Their verdict: nothing was salvageable; in particular the voice wasn’t right. Karen reflected, “It was a lesson about knowing when a manuscript is ready to send off.”

Karen took the feedback on board but disagreed that the story was unsalvageable. She believed in the story and was determined to work it out. Deep inside, though, she was stumped. “I thought I’d never solve the problem of that book.”

Instead of jumping straight back into it, she listened to her heart and wrote something completely different. “I needed to practise writing in the third person, which is what I did with Ophelia.”

Ophelia started with a wondrous what-if. What if you saw something in a museum you weren’t supposed to see? Not far into that story, Karen was dismayed to discover she was writing a children’s story. What would her publisher say?

She persisted despite the looming contract for another book for grown-ups. In the process of finishing Ophelia, she somehow acquired the solution to fixing the voice in The Midnight Dress. In a testament to the power of author’s intuition, the book went on to be a great success. Aussie author extraordinaire Kate Forsyth gave it a 5-star review on GoodReads.

The exciting news is Karen has another children’s book in the pipeline. Set in Victorian London, A Most Magical Girl is about a child who can see the future reflected in puddles. Be still, my racing heart! Watch for it in early 2016.

Karen was honest about the life of an author. “Writing is trying to find your way through the mess. I thought a writer was someone who knew what they were doing. I felt naughty writing.”

For lone writers ploughing away with nothing but a shiny dream and a burning story, Karen’s honesty was refreshing and inspiring. 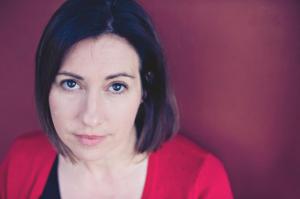 The Anatomy of Wings

Ophelia and the Marvellous Boy