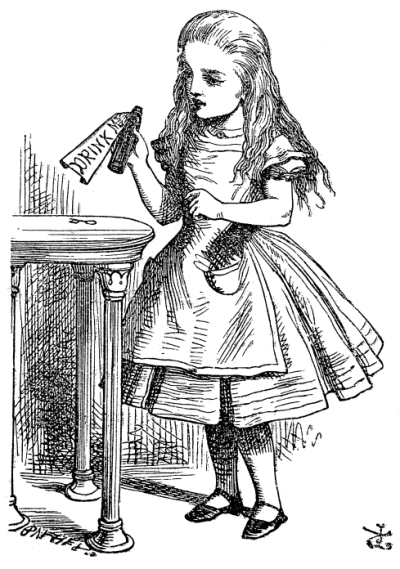 July 4, 2015 marks 150 years of Alice’s Adventures in Wonderland. It all started when Charles Lutwidge Dodgson took the Liddell girls on a summer picnic in Oxford along the River Thames. Dodgson made up a story to entertain the girls, and at the end of the day little Alice Liddell begged Dodgson to write it down for her. That was 4 July 1862.

Alexander Macmillan published the book in 1865, and it became an instant success. Among its fans were Oscar Wilde and Queen Victoria herself.

Alice’s Adventures in Wonderland has been never been out of print since. Translated into more than 175 languages, made into plays and movies, interpreted by artists such as Salvador Dali, its appeal seems timeless. Even the original illustrations by John Tenniel (shown here) have become iconic—“part of our collective consciousness,” according the publisher.

Not bad for a book of nonsense.

“Well! I’ve often seen a cat without a grin,” thought Alice, “but a grin without a cat! It’s the most curious thing I ever saw in my life!”

Here’s a titbit of Wonderland trivia: Cheshire county in England is dairy country, where the cows are fat and productive. All this rich milk makes for content cats. Cheese makers moulded their products in forms of grinning cats. The cheese was sliced from back to front, leaving the smile to eat last. 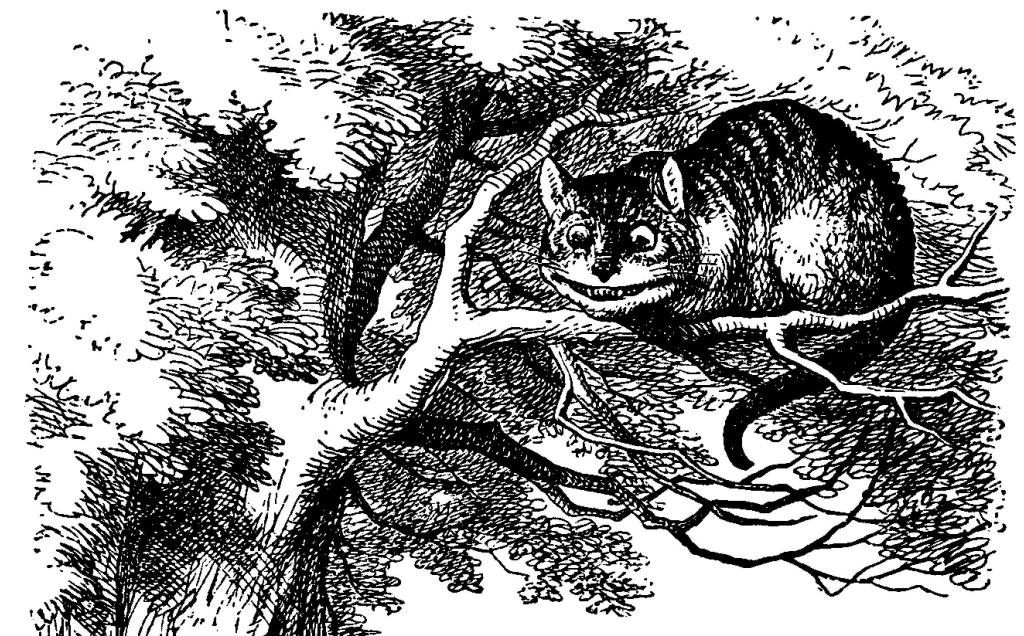 The Man, the Myth, the Modern Muck

Dodgson lived a dual life. In one, he was a talented mathematician and deacon at Christ Church, Oxford. In the other, he assumed the pen name of Lewis Carroll, a poet, wordsmith, and children’s writer.

An interesting character with whiffs of scandal and intrigue, Carroll was brilliant at whatever he did–maths, writing, inventing, and photography. He created an early form of the game Scrabble and coined gorgeous words like chortle, galumph and mimsy.

He achieved much in his life, despite a raft of health problem, physical ailments and long bouts of melancholy. He suffered chronic migraines and epilepsy. He stammered and was partially deaf. Contemporary sources have “diagnosed” him with ADHD and Autism.

His most curious alleged ailment was one that involved visual distortions, possibly related to his migraines, in which things appeared much bigger or smaller than they are. The condition is now known as Alice in Wonderland Syndrome (AIWS or Todd’s Syndrome) and was first documented by 20th Century psychiatrist, Dr John Todd.

Sixties LSD Cult commentators were fond of the notion of Lewis as a drug-user, pointing to references of mushrooms, hookahs, and vials of medicine in the Alice books. It was a time, after all, when many home medicine cabinets contained the opium-based tincture laudanum. The evidence of a drug problem is scant.

One compelling theory is that Dodgson, a stubbornly conservative mathematician, used Alice’s Adventures in Wonderland to rail against the emerging ideas in the maths of the era—imaginary numbers and symbolic algebra and other “mad” concepts. Melanie Bayley’s argument (which goes way over this arithmophobic’s head) can be found here.

In any event, it is unfair to accuse the dead. As Lewis himself said in Alice’s Adventures in Wonderland,

“If everybody minded their own business, the world would go around a great deal faster than it does.”

The Caterpillar, Alice 05a, Public Domain

7 responses to “Celebrating 150 Years in Wonderland”