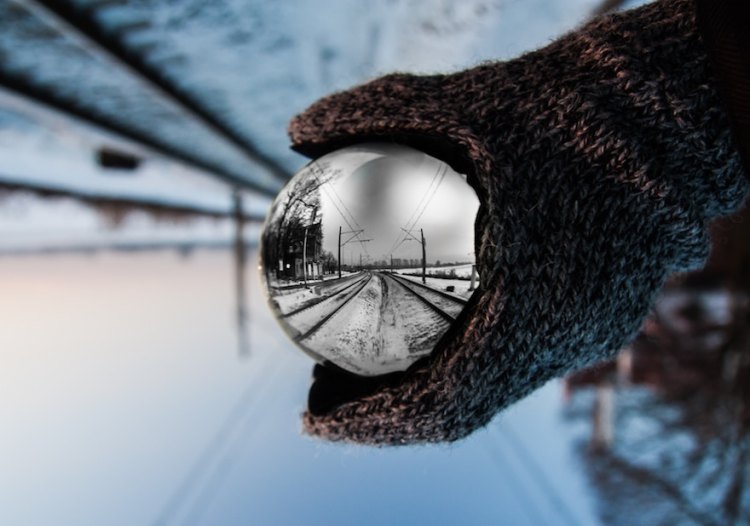 It’s a 12-week course designed to “discover and recover your creative self” by exposing and dispelling the myths (I’m not talented enough), the limiting beliefs (Doing art is not serious enough for adults), and the crippling mindsets (perfectionism and work addiction). With these saboteurs routed, the blocked writer or floundering artist can build self-confidence and new attitudes that support a flourishing creative practice.

The Artist’s Way sat on my TBR list for years because I couldn’t quite commit to the Cameron’s mystical language and spiritual terms that meant other things, important things, to me. The past several years has seen cracks form in many of those previously rigid mental constructs. Suffice it to say I discovered the usefulness of expansion joints, which I’ve judiciously applied.

While I completed the course, my writing productivity nosedived. My blogging screeched to a crawl. The rewrite of my novel with my ASA mentor drifted into slow-mo. My reading schedule crashed and burned. I wrote my Morning Pages (Cameron’s “primary tool for creative recovery”) and edited articles for work, and that was it.

However, to be fair, during the same three months, Big Stuff of Life happened. I found a new house and that very day had emergency surgery followed by two weeks of bed rest, renovated the old house, put it on the market, sold it, packed up essentials and siphoned off 15 years of detritus, moved to a new city, downsized my beloved career, and took up the day-to-day care of an elderly relative, all of which equated to a ‘significant score’ (336) on the Holmes and Rahe Stress Scale.

Little wonder I did so little creative writing for three months (and then some), and yet, crazy as it is, I still feel lousy about my low writing output.

I don’t know which derailed my productivity, The Artist’s Way course or the Big Stuff of Life, but despite everything that was going on, the course led me to several important insights. Before I share them, I have to point out something that continues to amaze me: The a-Ha moments came prior to Cameron covering them in the book. The grappling and reflecting in my Morning Pages after each chapter became a springboard to some cool personal insights, which, like magic, she covered in the next chapter. It’s hard to convey how meaningful this made the experience and how much more I valued the insights I gained.

And speaking of insights, here are three of many:

Journalling in the Morning Pages led me to the realisation that I held some mixed up core beliefs that were a source of creative conflict for me. Somehow in my psyche I had conflated creativity with selfishness. I don’t know exactly how or when it happened, but I had picked up the notion that expressing my creativity, whether writing fantasy for children or creating funny short stories or even hoping to be a published author, was a self-indulgent waste of time, unrealistic and just plain silly.

I worried I was cheating God, or, as Cameron puts it: “We tend to think, or at least fear, that creative dreams are egotistical, something that God wouldn’t approve of for us… …many of us unconsciously harbour the fearful belief that God would find our creations decadent or frivolous or worse…”

For me, it was both liberating and healing to begin to accept that creative dreams and yearnings start with God; they don’t steer us from God. Talk about a-HA moments! Mental shackles fell away when I read aloud the affirmation: “Through the use of my creativity, I serve God.”

Another discovery from my journalling was just how stodgy I’d become. Gah! What a great, greasy bore I’d curled into! I was so hung up on ‘mastering the craft,’ that I’d forgotten to steer the ship toward adventure. Where in the world had all this rigidity come from? When did the grimness set in?

Cameron’s mantras were, again, healing: “Think mystery, not mastery,” because “mystery is at the heart of creativity.” And: “Go for progress not perfection.” Oh what sweet relief.

Weekly Artist’s Dates are her prescription. An artist date is a block of time set aside to nourish the inner artist—a play-date with your creative self. I confess this was the hardest part of the course for me to carry out, and I failed most weeks. Writing three pages daily in my journal came easily compared to setting aside time for fun. Cameron warns: “Commit yourself to a weekly Artist’s Date, and then watch your killjoy side try to wriggle out of it.”

It’s nice to know I’m not the only killjoy on planet Art. “For most blocked creatives, fun is something they avoid almost assiduously as their creativity. Why? Fun leads to creativity. It leads to rebellion. It leads to feeling our own power and that is scary.”

That word ‘rebellion’ (emphasis mine) stared and continues to stare at me, goading me to just.cut.loose. 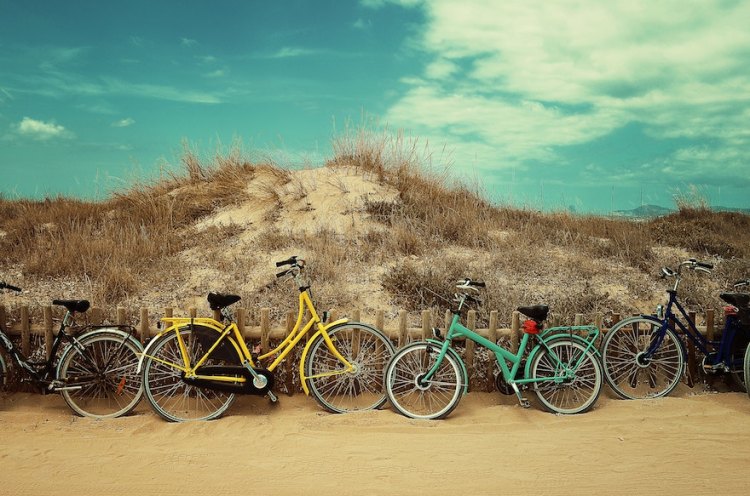 It’s slow progress but it’s happening! It has been good for me to be playful. I rediscovered my love of bike riding, sunshine, and bright colours. My wardrobe is morphing from safe, muted corporate tones and shapes to a vivid palette and flowing forms, and by jingo, it feels fabulous to ditch the dingy straitjacket.

Most Importantly: Tune In

The hardest hitting insight was how important attention is to the creative life. As a grown up, I’ve turned into a master tasker—frantically ticking 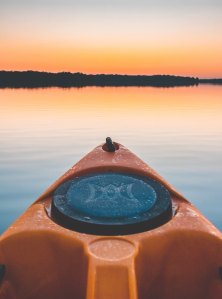 off to-do lists, so task-focused that I regularly miss the wonder glinting and winking around me.

I keep going back to this sentence in particular:

The capacity for delight…the phrase rings so true.

I now consciously practise tuning in, paying attention, and delighting in my environment, whether it’s soaking in the thrumming yellows of the hibiscuses and roses in my garden or drinking in the peachy-lavender hues of the sunset shimmering off the Maroochy River.

The poet William Meredith observed: “The worst that can be said of a man is that he did not pay attention.” Since early June I have shared my home with such a man, the grumpy old man dear elderly relative I mentioned earlier. At times, as I watch him absently treading time, his determined misery torments me. His sullenness is a portent to me to pay attention, to exercise curiosity, never to  abandon engaging with Wonder.

Thank God for the gift of creativity.

My writing productivity has yet to fully bounce back, but I’m gradually accepting that. After all, I’m in the midst of a drawn-out period of major upheaval in my life, and I’m still coming to terms with some of the losses (my treasured school counselling career, proximity to the State Library of Queensland, and immediate access my beloved writing friends) and some of the additions (twice weekly long commutes to work and the new role of carer). And anyway—there’s a difference between recovering productivity and recovering creativity.

The words will flow freely again. My writing productivity will soon stagger back to its feet and flip the bird/two-fingered salute to the Big Stuff of Life before steering decisively in the direction of adventure. With the help of The Artist’s Way, I have recalibrated, and I know now: I’ve got this.

Photo 1 by Dawid Zawiła on Unsplash

Photo 2 by Bogdan Dada on Unsplash

Photo 3 by Alex Iby on Unsplash